Out of the Long Dark 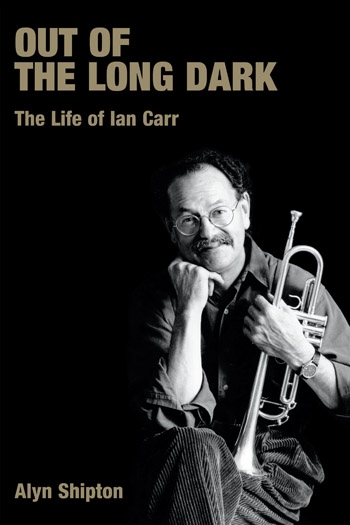 Few British jazz musicians have been at the cutting edge of as many movements as the late Ian Carr. A pioneer bebop player in his youth, a colleague of Eric Burdon and John McLaughlin in the R’n’B explosion of the 60s, co-leader of one of Britain’s most innovative jazz groups - the Rendell-Carr Quintet, a free-jazz colleague of John Stevens and Trevor Watts, and the founding father of jazz rock in the UK, with his band Nucleus, Carr’s musical career alone is truly remarkable, and a one-man history of British jazz in the 60s and 70s. Add to that his work as a member of the United Jazz and Rock Ensemble, and with such distinguished leaders as George Russell, Stan Tracey and Mike Gibbs, and his work as a player seems even more remarkable.

Yet Ian Carr was also one of the most perceptive critical writers and broadcasters about jazz, being not only the co-author of the Rough Guide, but also the celebrated biographer of Keith Jarrett and Miles Davis. In recent years he transformed his writing talents into making innovative and prizewinning films on the music he loved, for which he had always been a fearless and outspoken advocate, from the time of his 1973 book Music Outside. As a teacher, his pupils have included such stellar British talents as Julian Joseph, the Mondesir brothers and Nikki Yeoh. He had been a professor of jazz at London’s Guildhall School of Music since the 1980s and was founder of the jazz workshop at the Interchange arts scheme.

In this full length biography, Alyn Shipton examines the fascinating mix of ingredients that comprised the man and his music, and in the process draws a vivid picture of Carr’s home region, the North-East of England, of National Service, of such literary influences as W. Somerset Maughan, of post-war continental Europe and its Bohemian arts scene, and of the London jazz world from the 1960s onwards. The book shows that jazz does not have to have an American accent to be original and innovative, and to inspire audiences all around the world.

Out of the Long Dark is a worthy successor to Shipton's excellent earlier biography of Dizzy Gillespie. It will further educate a new generation of jazz fans with an appetite for delving back into earlier British jazz, and will please greatly many of those who grew up with Carr's music first time round.
Jazzwise

Trumpeter, composer, bandleader and writer Ian Carr grew up in the north-east, and his music has always had an appropriately down-to-earth grittiness about it.
He has been a major force in British jazz for 40 years, and his story – stylishly and perceptively told by Alyn Shipton –also stands as a history of the music in this country over that period.
Yorkshire Post