A Student's Guide to the History and Philosophy of Yoga 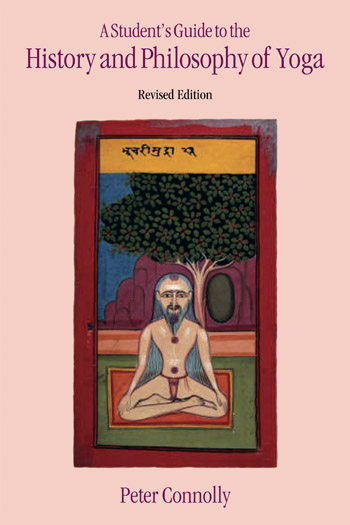 The word 'yoga' conjures up in the minds of many Westerners images of people performing exercises and adopting unusual, contortive postures. Such exercises and postures do have a place within the practice of yoga, but it is much more than that. Indeed, the early literature on yoga describes and defines it as a form of mental rather than physical discipline. Yoga is also associated with the Indian subcontinent and the religions of Hinduism and Buddhism. This revised edition of a classic textbook concentrates on the evolution of yoga in the context of Indian culture, although the final chapters also explore its links with non-Indian mystical traditions and its developments outside India during the modern period.

The book is aimed at both university students taking courses in comparative religion and philosophy and practitioners of yoga who seek to go beyond the activity and explore its spiritual dimensions. It presents yoga in the context of its historical evolution in India and explains the nature of its associations with various metaphysical doctrines. It also draws on a number of conceptual schemes designed to facilitate comparative study. Some of these are employed throughout the book to link the material from each chapter within a common framework. This edition incorporates revisions and expansions to most chapters and contains a new chapter on the future of modern yoga in the West.

This excellent text offers readers the equivalent of a specialized course on Yoga. It is a cogent summary of both the philosophical and historical traditions of Yoga from within Hinduism, Jainism, and Buddhism. Connolly (independent scholar) brings tremendous clarity to a philosophically complex domain. Accordingly, this volume, a revision of a 2007 edition is a worthy addition to any college library. It would also be useful to doctoral students studying for comprehensive exams. The main text is unaltered, but a new chapter, "Whither Modern Yoga in the West," and an appendix about modern Yoga are included. This new chapter is one of the most carefully constructed depictions currently available of the philosophical conflicts that arise within the adaptation of Western adaptations of Yoga.
Summing Up: Highly recommended. Lower-level undergraduates and above; general readers.