An Introduction to Relational Network Theory 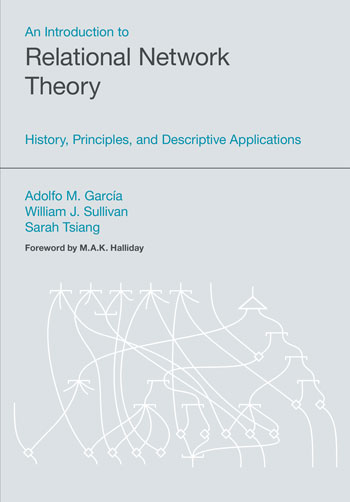 This book offers an updated introduction to Relational Network Theory (RNT), a neurocognitive model of language compatible with systemic-functional tenets. It describes and illustrates the logical types of relations found in a linguistic network. Part I traces the evolution of RNT from the 1960s to the present, highlighting its systemic and stratificational origins, introducing its main notational devices, and identifying successive theoretical milestones (from structural, to operational, to neurocognitive considerations). Part II offers an unprecedented collection of case studies showing descriptive applications of RNT. The studies deal with varied linguistic phenomena in different languages (phonological patterns in Russian, morphological systems in Polish and Spanish, pronouns and nouns in English discourse, speech errors in English and Polish). The book is prefaced by Michael Halliday and includes a recent interview with Sydney Lamb, the main developer of the theory. Its didactic style and descriptive rigor render it useful for both linguistics students and professional linguists.

The reason the present book is so timely is that it will provide another mode of access to [Relational Network Theory], for those who would be able to approach it with the required specialist knowledge. It is time that such people let [...] us know how it shapes up, as an account of the linguistic system, and of the processes of learning and using language, in the light of current research.
From the Foreword by MAK Halliday