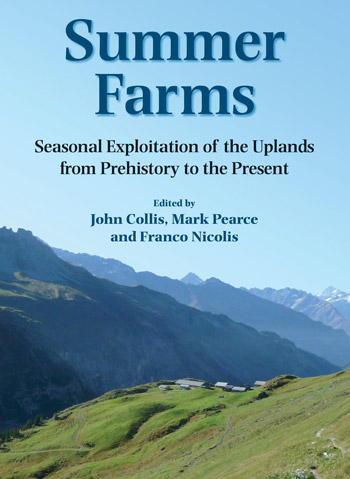 Summer farms occur throughout the world where there are rich pastures that can only be utilised for part of the year, mainly because they are under snow and ice during the winter. In Europe transhumance is often a major event when the cattle and other livestock leave their home villages and move up into the mountains, and likewise on their return. The best known sites in Europe are perhaps those found in the Alpine areas, but they occur everywhere where there are suitable highland areas to exploit, even on small islands such as the Isle of Man. Traditionally they have been the subject of the studies of ethnographers and anthropologists, especially in the second half of the 20th century when technological and economic changes led to the gradual abandonment of the farms and to other ways of exploiting the highlands. The farmers of the last generation that lived on these farms is gradually disappearing and with them the oral records and memories, and now it is archaeologists who are leading the studies both to record the last famers and more specifically looking at the history of such farming which can stretch back into prehistory, and certainly to at least the Bronze Age with the rise in importance of ‘Secondary Products’ such as cheese which could be stored for use over winter. Much of the evidence can only be gathered by surface survey and by excavation, though in some cases there are good written sources which have yet to be fully exploited. This was the topic of two sessions at meetings of the European Association of Archaeologists, at Oslo in 2011 and Helsinki in 2012, and this volume publishes a dozen case studies, as well as brief summaries of other projects in Europe, extending from the Black Sea in the east to northern Spain and Iceland in the west, though with a concentration on the Alpine area. One thing that emerges is the very varied nature of these sites, both in their chronology, who the people were who went to the farms, the distances travelled, and the other activities associated with transhumance such as mining. In some cases the products were primarily for the subsistence of the agricultural population, but in other cases they were traded and could produce a large amount of profit. This is the first overview of these sites in Europe written from an archaeological point of view.