The Qur’ān and Kerygma 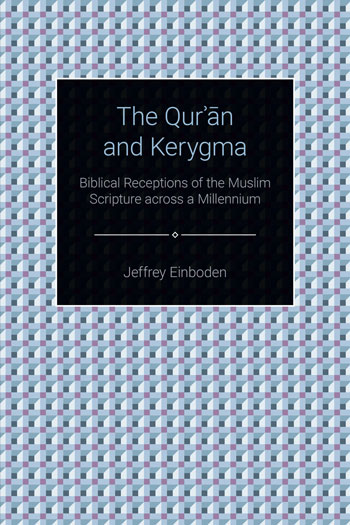 The Qur’ān’s biblical foregrounds have long formed a controversial concern within Qur’ānic Studies, with field-leading scholars debating the Muslim scripture’s complex relationship and “response” to the Judeo-Christian canon. This contentious subject has largely overshadowed, however, a reciprocal, yet no less rich, textual relationship which forms the focus of the present study. Rather than read the Muslim scripture in light of its biblical antecedents, The Qur’ān & Kerygma adopts the inverse approach, situating the Qur’ān as itself the formative foreground to pivotal acts of biblical translation, composition and commentary. The book argues, in particular, that Qur’ānic receptions have provoked and paralleled key readings and renditions of the Bible, enriching acts of creative authorship and interpretation that have contoured the legacy and language of Judeo-Christian “kerygma”.

Structured chronologically, the study’s span of more than a millennium is sustained by case studies selected from representative areas and eras, exploring innovative adaptations and translations of Qur’ānic diction undertaken by biblical authors from 9th-century Andalucía to 20th-century North America. Mirroring its subject matter, the book engages a literary critical approach, offering close-readings of targeted texts frequently neglected and never before synthesized in a single study, highlighting the stylistic, as well as spiritual, influence on exegetes of the Bible exercised by Islamic writ.

Einboden’s The Qur’ān and Kerygma opens the door for new opportunities in the study of Christian-Muslim relations. While recent scholarship on the Qurʾān has focused on its ‘context’, ‘biblical subtext’, and biblical impressions in the Qurʾān, Einboden’s fresh study flips this relationship by investigating the impressions of the Qurʾān on Arabic Christian commentaries and translations of the Bible. The Qur’ān and Kerygma provides exciting new insights into the intertextuality of the Bible and the Qurʾān.
David D. Grafton, Professor of Islamic Studies and Christian-Muslim Relations, Hartford Seminary

The Qur'an and Kerygma is wondrously creative and an intellectual delight of the very highest order. Jeffery Einboden has given us a truly exciting study of the Qur’an’s influence in the so-called West. Eschewing humdrum and stale constraints, Einboden addresses notions of "the Bible" and "the Qur’an", their identities, cross-fertilizations and, above all, their profound kerygmatic kinship. The result is utterly dazzling. The supremely diligent and perspicacious chapter on Northrop Frye is destined to impact both Biblical and Literature Studies. Words with power, one might say.
Todd Lawson, Professor Emeritus of Islamic Thought, University of Toronto

These six snapshots of various moments in the relationship between the Bible and the Qur’an provide an important corrective in that they re-mind us that, like all relationships, this one has been a two-way street. One direction of that road, the one that considers the Bible’s possible influence on the Islamic text, has been well traveled. Einboden is to be commended and thanked for pointing us in the opposite direction so we can better appreciate the Qur’an’s role in shaping how the biblical literature has been presented and understood. He is an able and informative tour guide on this fascinating journey.
American Journal of Islam and Society