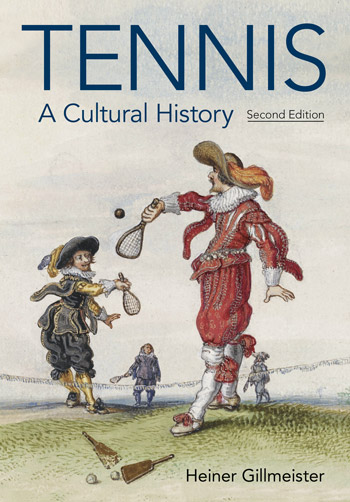 This is the second edition of the highly acclaimed and bestselling comprehensive history of tennis which was the first truly scholarly history of any individual sport. Supported by a startling wealth of linguistic and documentary research, Gillmeister charts the global evolution of tennis from its origins in 12th century France where it emerged as a more peaceful variety of ribald football played in monasteries. By the 16th century, it had become the favourite pastime of the European aristocracy and had, in the wake of the Spanish conquistadors, even reached the Americas. The prestige of the game also led to its popularity among Renaissance poets and playwrights. After a gradual decline in the 18th and 19th centuries the medieval game revived in the 1870s in the form of lawn tennis. The new game dispensed with the expensive walled courts, discarded the complicated rules of the old game and was played in a natural setting. From England with its famous Wimbledon tournament it spread to the European continent and to the United States where the Davis Cup was born.

Gillmeister debunks several firmly established myths about the history of the game and rare colour photographs and medieval and renaissance drawings generously adorn the text. A delight for the sports fan and the scholar alike, Tennis is the authoritative text on the sport.

Reviews of the first edition:
...Gillmeister has once again trawled the archives to produce a narrative that adds significantly to the evolving body of knowledge of tennis history.
Journal of Sport History

Reviews of the first edition:
A definitive account of tennis a splayed from the Middle Ages to the present... will sate the curiosity of the most avid tennis enthusiast.
Publishers Weekly

. . . the book is exemplary, and the scholarship particularly of the first five chapters sets a high standard for the history of any sport.
American Studies International

If you’re into the true nitty-gritty of tennis history, this one is for you.
Tennis Identity Summer Bookshelf 2017

Professor Heiner Gillmeister’s Tennis, A Cultural History covers every aspect of the game from its beginning as court tennis and its evolution into lawn tennis. Originally written in German and translated into extremely literate English by the Professor himself, who taught English at the University of Bonn, Germany, it is a work of monumental scholarship that leaves no stone unturned ... and contains many wry and insightful observations of subtle and sophisticated humor.
Joseph B. Stahl address to the US Tennis Collectors Society at the New Orleans Tennis Club on October 5th 2019