Open Up the Doors 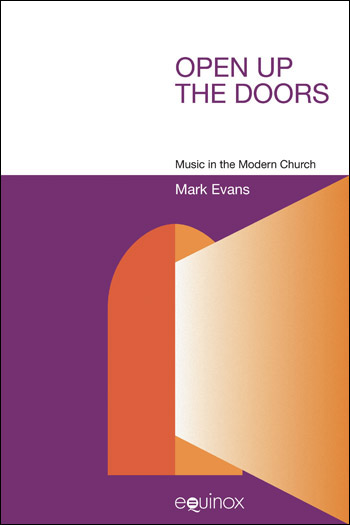 Within the Judaeo-Christian tradition -with few exceptions- music has always been central to the performance of sacred rites. The musical setting of liturgy has its roots in the earliest customs of the church and the practice has continued to evolve up to the present day. As the contemporary church in many Western societies grapples with the divisive issues of gay clergy or female ordination, just as divisive a schism appears to be in progress in the world of church music. On the traditional side are those that keep the ancient choral traditions alive. They face the new, intense informality of the evangelical wing who embrace a plainer more approachable music but who are not themselves without controversy, owing to the struggle between the secular forces from which their new forms of church music derive and the messages they wish to propagate and who are also, it often seems, drawn to fundamentalist and reactionary politics.

This book surveys the music used in churches around the world today in the context of the history of western congregational song and concludes that music, like other cultural elements of contemporary Christianity, has been widely secularized. This secularization is a global phenomenon fed by the explosive growth of the contemporary church music industry (worth more than $900 million in annual sales) which has seen the large secular music companies acquiring independent labels, in many cases, to the distress of the faithful. By analyzing the tensions and controversies that are fuelling this crisis and leading to the breakdown of traditions that have been the backbone Christian tradition for centuries, the book questions whether the theoretical and practical problems aroused by this crisis can ever be surmounted.

'In this important book, Evans has raised the level of conversation about worship music far above the too typical Us vs. Them.'
Paul Jacobson, Reviews in Religion and Theology, Volume 15, Issue 4, 2008

'Theologically literate evangelical musicians who want to think through why we sing what we sing in church are going to find this a useful publication to consult. And as the number of books in the ‘useful’ category are vanishingly small, it is worth knowing about this one!'
Gordon Cheng, The Sola Panel