Origin and Evolution of Languages 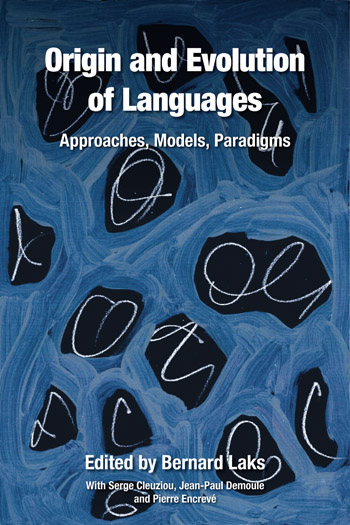 Origin and Evolution of Languages has a strong interdisciplinary flavour designed to highlight the true complexity of the debates in the field. Many of the models and theories conjectured can only receive their validation from a convergence of arguments developed across disciplines. The book underscores this dimension by including contribution from disciplines that have been wary, traditionally, of extending beyond their borders: linguistics (different branches thereof), philosophy, history and prehistory, archaeology, anthropology, genetics, computer-modelling. The presentation is intended to encompass both the agreements and disjunctures characteristic of the field and insisted on laying open propositions that clearly differ from, possibly even enter into contradiction with one another. While several teams of researchers active in the fields of genetics, linguistics, anthropology and archaeology have come up with new proposals in favor of the “New Synthesis,” many competing hypotheses and models continue to be explored in areal linguistics, language contact, wave-like diffusion. On the anthropological scene, criticisms of the monogenetic model have set up new debates and counter-arguments. Approaching the issue of the origin and evolution of human languages within a Darwinian paradigm remains problematic. On the archaeological scene, not all reconstructions are proving compatible with current models for the circulation of techniques, myths and cultures. On the linguistic scene, raising again the issue of the origin / evolution of humankind and of languages in an evolutionary, cognitive, social and cultural perspective or in terms of generational transmission and acquisition, may induce a reconsideration of linguistic theories in search of universals as well as most theories of change and variation. All contributors are world-renowned experts in their domain.