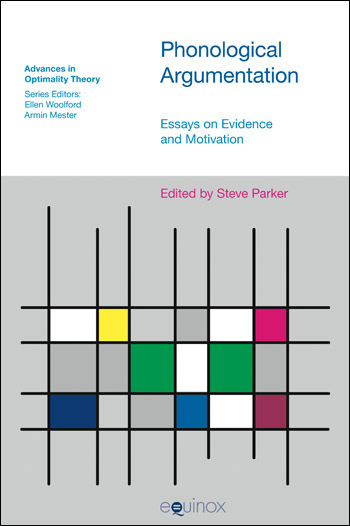 This volume presents a series of original papers focusing on phonological argumentation, set within the framework of Optimality Theory. It contains two major sections: chapters about the evidence for and methodology used in discovering the bases of phonological theory, i.e., how constraints are formed and what sort of evidence is relevant in positing them; and case studies that focus on particular theoretical issues within Optimality Theory, usually through selected phenomena in one or more languages, arguing in favor of or against specific formal analyses.

A noteworthy detail of this book is that all of the contributors are connected with the program in phonology and phonetics at the University of Massachusetts Amherst, either as current professors or former graduate students. Consequently, all of them have been directly influenced by John McCarthy, one of the major proponents of Optimality Theory. This collection will therefore be of interest to anyone who seriously follows the field of Optimality Theory. The intended readership is primarily graduate students and those already holding an advanced degree in linguistics.