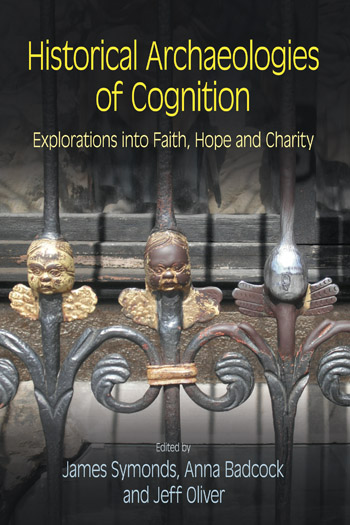 This collection of essays draws inspiration from the late James Deetz’s In Small Things Forgotten (1977). Deetz’s seminal work broke new ground by using structuralist theory to show how artefacts reflected the ‘worldviews’ or idealogies of their makers and users, and claimed that the American colonial world had been structured according to a British intellectual blueprint, the so-called ‘Georgian Order’. His central premise, that the systematic study of mundane material objects such as tombstones, architecture, and furniture, can render palpable the intangible aspects of human cognition and belief systems, has become a fundamental tenet of modern historical archaeology.

Drawing on James Deetz’s insight that everyday objects from the recent past are ‘freighted with social significance’ and that material culture operates alongside language as a system of communication, this book unravels specific cultural moments in well-documented historical periods across the modern world. These studies range from the early 17th century to the late 20th century and employ theory from archaeology and anthropology to elucidate the complex links between human thought and action.

The authors, drawn from North America, Europe, and Australia, make a significant contribution to archaeological knowledge, moving beyond simple materialities to create human stories that transcend purely descriptive show-and-tell accounts of archaeological sites and allow taken-for-granted constructions of race, class and gender to be probed and challenged.

The range of techniques and theoretical models explored in this book demonstrate, in the words of David Gadsby, in his essay on contested public and private space in twenty-first century Baltimore (chapter 4), ‘how we can make heard the silent expressions of the archaeological record’ and use it ‘to change the way people think, and in turn change the way they talk to each other about the past’. This is highly relevant to many current debates about identity and planning, and the continual process of ‘the reconceptualising of heritage’.
Landscapes

The relationship between tangible and intangible is a fascinating subject, and this book makes a valuable contribution to historical archaeology. It is certainly worth reading by anyone attempting to examine what people in the past were thinking.
Australian Archaeology

Each paper makes new and valuable contributions both to contemporary and historical archaeology and to the wider field. In my opinion, this book is a definite 'cover to cover' read, a very pleasing rarity among today's proliferation of edited volumes and published conference proceedings.
The Antiquaries Journal