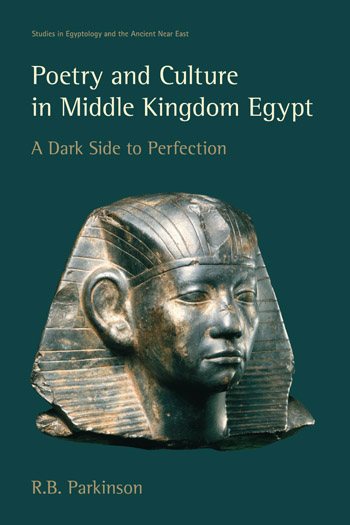 The Middle Kingdom (c.1940-1640 BC) was a golden age of Ancient Egyptian writing. This pioneering book is the first comprehensive study of this literary legacy. The status of literature is controversial in many ancient civilizations, and Middle Kingdom poems have often been regarded as propaganda for the ruling dynasty. This study radically reassesses their cultural role, drawing on recent studies of the individual texts, some by the author, and on general developments in literary criticism, to argue that they were entertainments that voiced potentially dissident views while also being integral to elite culture. The book explores literature's status as a differentiated form of discourse, suggesting what social practices made its role possible and offering an innovative model for the reader's engagement with these subtle and complex ancient works. The book also surveys the social and ideological context of literature and proposes readings of the main tales, discourses, and teachings. The conclusion sets the readings in a broad context, while an appendix surveys the entire range of surviving texts.

'[T]he book reviewed here certainly represents a landmark. It is the first monograph devoted to an integral study and interpretation of the entire corpus of literature preserved from the Egyptian Middle Kingdom.'
Joachim Quack, Professor of Egyptology, University of Heidelberg, Journal of the American Oriental Society, 124.2

‘I thoroughly enjoyed reading Parkinson's Poetry and Culture in Middle Kingdom Egypt. It is a literate and sensitive work that provokes and makes one think anew about various aspects of all ancient literatures, not just that of Middle Kingdom Egypt. This is an extremely important book.’
Piotr Michalowski, George G. Cameron Professor of Ancient Near Eastern Languages and Civilizations, University of Michigan


‘Dr Parkinson has produced a work which surpasses all that has been written on Egyptian literature of the “classic” period till now. It is an extremely well-balanced and comprehensive study, considering all main aspects of the subject, always seen against the background of literature in general and bringing to light the literary qualities of each text, but also the social context. Extremely useful is his inventory of all relevant texts, including several unpublished ones. All interested in Egyptian literature will benefit from Dr Parkinson's work, which sets new standards‘
Erik Hornung, Professor Emeritus, University of Basel