Setting Out on the Great Way 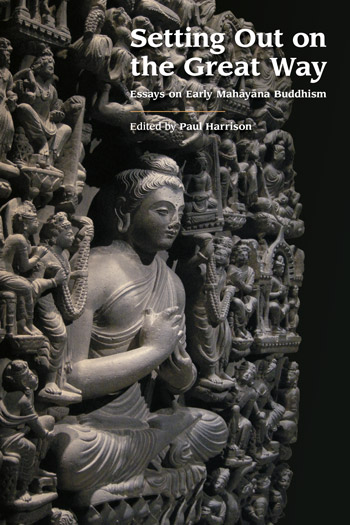 Setting Out on the Great Way brings together different perspectives on the origins and early history of Mahāyāna Buddhism and delves into selected aspects of its formative period. As the variety of the religion which conquered East Asia and also provided the matrix for the later development of Buddhist Tantra or Vajrayāna, Mahāyāna is regarded as one of the most significant forms of Buddhism, and its beginnings have long been the focus of intense scholarly attention and debate.

The essays in this volume address the latest findings in the field, including contributions by younger researchers vigorously critiquing the reappraisal of the Mahāyāna carried out by scholars in the last decades of the 20th century and the different understanding of the movement which they produced. As the study of Buddhism as a whole reorients itself to embrace new methods and paradigms, while at the same time coming to terms with exciting new manuscript discoveries, our picture of the Mahāyāna continues to change. This volume presents the latest developments in this ongoing re-evaluation of one of Buddhism’s most important historical expressions.

The collection is, rather obviously, an important overview of the topic, one that all scholars working on Indian Buddhism, and not just on the specific question of Mahāyāna origins, would do well to familiarize themselves with. As important as this work is for the field of Buddhist studies, it also provides a critical reflection on the current working conceptions of the field of religious studies.
Reading Religion