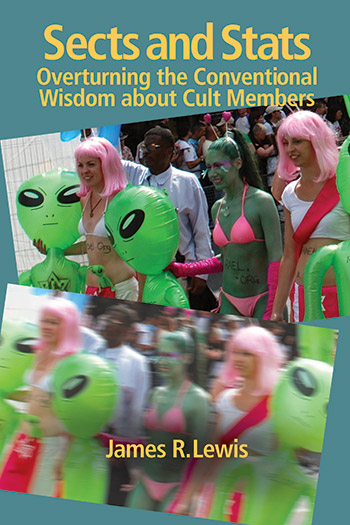 A major, perhaps the major, focus of early research on New Religious Movements (NRMs) was on the people who joined. Most of the field’s pioneer researchers were sociologists. However, the profile of NRM members had changed substantially by the twenty-first century – changes largely missed because the great majority of current NRM specialists are not quantitatively oriented. Sects & Stats aims to overturn the conventional wisdom by drawing on current quantitative data from two sources: questionnaire research on select NRMs and relevant national census data collected by Anglophone countries. Sects & Stats also makes a strong argument for the use of longitudinal methods in studying alternative religions. Additionally, through case studies drawn from the author’s own research projects over the years, readers will be brought into a conversation about some of the issues involved in how to conduct such research.

Sects & Stats justifies Lewis' initial skepticism toward conventional social science wisdom about new religious movement members and his faith in quantitative analysis of religious phenomena. ... the clear implication is that we social scientists should collect more statistics and employ them to verify or refute generalizations and assumptions about 'cults' and new religions. Hopefully anthropologists and other social scientists will accept the challenge.
Anthropology Review Database

Lewis writes in a lucid and informative manner and presents his research in an accessible way. Sects and Stats is an ideal introduction for those who are unfamiliar or have misgivings about quantitative and statistical research, and is a fascinating read for those who are keen to learn more about the latest research on NRM’s.
BASR Bulletin

The book has an important contribution to make to the study of NRMs.
Helen A. Berger, Brandeis University

The criticisms that Lewis makes against some NRM scholars are valid, though there are other types of research that can complement the statistical data that he is recommending in this text. Not everyone can establish personal ties with the adherents of NRMs for the type of longitudinal data that Lewis ultimately seeks. However, if NRM scholars would specialize more, it would offer more depth in NRM scholarship. I can see many rewards and few risks in adopting the strategy proposed by Lewis.
Nova Religio

The book manages to open up an overlooked area of NRM research, and it does so by showing how much cutting-edge research can be done with the available, though somewhat meager, data. And that, to this reviewer at least, is no mean feat.
Numen