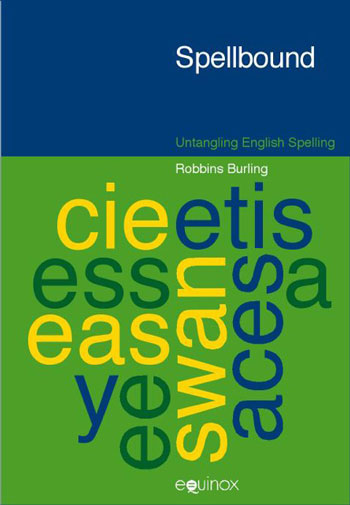 Spellbound considers the history of English spelling and provides suggestions for modern day reform of its irregularities. The first half of the book reviews the history of English spelling and the reasons for the many irregularities of our modern language. The author argues that the irregular spelling of English contributes seriously to the high rate of illiteracy in the English speaking world. He then reviews some of the many attempts to reform the spelling of other languages, some of which were successful and others not. During the first half of the 20th century there was a flurry of interest in reforms for English but since then reform has been little more than the object of humor. Spellbound considers the reasons for this opposition to reform. The book then turns to current proposals for the reform of English. It describes the criteria that should govern the choice among alternative reforms and considers in detail the relatively easily reformed consonants and the much more difficult vowels. Special attention is given to ways of designing a spelling that is equally suitable for the many and diverse dialects of spoken English. While the author recognises that a unified spelling could not be perfect for any single dialect, he argues that it could be very much better than our present spelling for all dialects. Spellbound concludes by looking at possible ways by which reforms might be brought about today.

Effectively explore[s] the history of English spelling and the 'mass of messy problems' that would need to be resolved if reform were to succeed... Recommended.
CHOICE