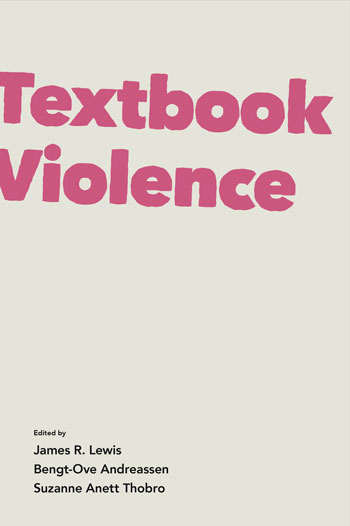 Facing issues of violence and conflict, authors of textbooks for Religious Education (RE) choose a range of different strategies. While some try to write as non-controversially as possible about such issues, other authors choose to leave them completely out. Even in the academic study of religions, a well-established perspective is that religion is primarily something good, and important for societies as well as for human development. Such basic presumptions/perspectives are often nurtured by an apologetic orientation to the representation of religion. In some cases, religious violence and conflict are therefore considered disruptive forces that destroy what is “true,” “authentic” and “valuable” in religion.

Textbook Violence offers critical perspectives on how textbooks deal or not deal with issues of conflict and violence in religions. The volume’s contributions provide examples from textbooks for university level as well as from RE in schools, and include discussions of conflict and violence in a range of different religious traditions. The contributors bring issues of religious violence and conflict into focus through such questions as: In what way is violence and/or conflict treated? Who are the authorial voices? What are their aims? Who is the reader being addressed? How are the representations of religions framed by value judgments?

Beyond certain obvious ideological considerations (e.g., nationalism; the interests of religious pedagogues who contribute to textbooks in some countries), there are a number of different factors shaping representations of religions in textbooks – from commercial considerations and statutory stipulations to situations where publishers and national examination boards work closely together to produce textbooks with contents keyed to national exams. This means that authors have to face different expectations and considerations when writing textbooks. Textbook Violence will also include reflections on the choices such authors are facing.