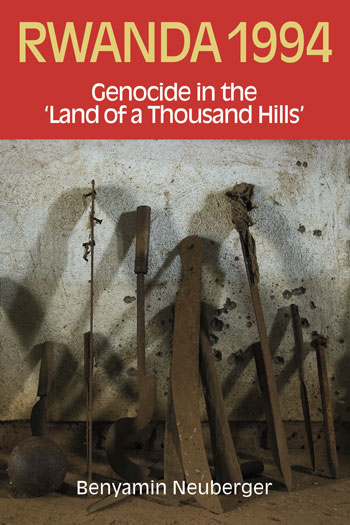 It is now more than two decades since the world stood idly by, witnessing the genocide taking place in Rwanda in 1994. During the one hundred days of killing nearly one million men, women and children were murdered. In many ways, the genocide against the Tutsi marked the victory of evil: not only were people murdered by their own countrymen, neighbors, friends, and religious leaders, but it was a genocide that had been foreseen and that could have been prevented. This book explores the genocide’s historical background, the genocidal ideology and political context (its perpetrators and victims, and the strategy and ‘methodology’ of the killings); its international dimensions (in particular the involvement or calculated non-involvement of France, the U.S., Belgium, the UN and the other African countries); and the dire question of whether the world could have prevented the massacre. It further draws parallels between the genocide against the Tutsi and other genocides in the twentieth century; and relates to the policy of punishing murderers by the International Criminal Tribunal for Rwanda in Arusha, Tanzania, and to the traditional judicial system called gacaca. Finally, it dwells briefly on what happened in Rwanda after the genocide.

There is much else to admire in this book. The short chapter on comparisons with other cases is especially effective. Neuberger identifies a number of significant differences between the case of Rwanda and the Jewish and Armenian genocides. They include the frenetic pace of the killings in Rwanda, the primitive technology employed to carry out the killings, international awareness of the preparations for the killings, and its preventability. The last point is considered in greater depth in a chapter on the international dimension of the genocide in which he considers a range of opinions on what needed to have been done to prevent this genocide from happening or, at least, to stop the killings, once they began. It is worth emphasizing that the book’s accessibility and its lucid style do not detract from its depth. Neuberger makes his points pithily with a minimum of repetition. It is a study that rewards reading and rereading. And it leaves the reader with much to ponder.
Nationalism and Ethnic Politics

Amidst a growing literature on the genocide, Rwanda 1994: Genocide in the “Land of a Thousand Hills” offers an accessible introduction to the genocide and an informative description of the country’s recent history. Its articulate and lucid style makes for an accessible reading for undergraduate and postgraduate students, as well as scholars interested in ethnic and race relations; conflict and genocide studies; and Rwandan and African Studies, among others.
Ethnic and Racial Studies