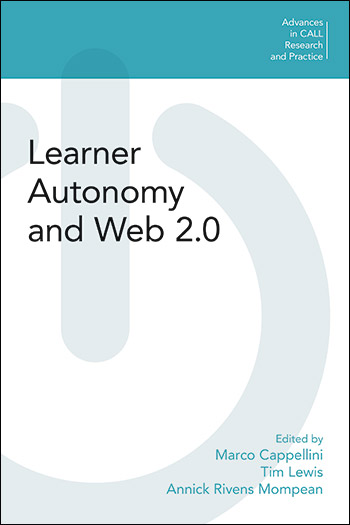 The advent of networked digital technologies, in enabling language learners to collaborate and create content online, has given rise to new ways in which learners are able to express their autonomy. Learner Autonomy and Web 2.0 explores tensions between the “classical” definitions of learner autonomy and the learning dynamics observed in specific online contexts. Some of the contributions argue for the emergence of actual new forms of autonomy, others consider that this is merely a case of “old wine in new bottles”. In this volume, autonomy is seen as emerging and developing in a complex relationship with L2 proficiency and other competencies. The volume takes an expansive view of what is meant by Web 2.0 and, as a result, a wide diversity of environments is featured, ranging from adaptive learning systems, through mobile apps, to social networking sites and - almost inevitably - MOOCs. Paradoxically, autonomy is seen to flourish in some quite restricted contexts, while in less constrained environments learners experience difficulty in dealing with a requirement to self-regulate.

Individual chapters run the gamut of age groups, learning activities and online environments. The stage for all of them is set by an exchange in which David Little and Steve Thorne discuss the evolution of the concept of language learner autonomy, from its origins in the era of self-access resource centres to its more recent instantiations in online (and offline) learning communities. Subsequent contributors include an exploration how autonomy can be exercised even within the constraints of adaptive learning systems, a discussion of the metacognitive operations engaged in by autonomous adult learners in a French/Australian teletandem exchange, a look at an ecological paradigm of autonomy to conceptualise its emergence in relation to the use of mobile apps by primary- and secondary-level language learners in Canada, a study of how learner autonomy with a markedly social and empathic dimension drives collaboration in a Facebook-based collaborative writing project, a study of the autonomy stances adopted by different groups of learners using the Busuu online language exchange platform, an analysis of the difficulties encountered by a group of trainee language teachers in engaging with a range of language MOOCs and finally a study of how autonomy is experienced by advanced learners of English with a preference for online informal learning based on gaming and streamed video.

Advances in CALL Research and Practice

Due to its wide scope and depth, this book offers a clear understanding of the expanding roles of learners and instructors when engaging in learning-centred activities in and related to online language learning spaces. I therefore recommend it to all language instructors interested in studying, reflecting on and discussing our changing professional landscape at this exciting time.
IATEFL Voices