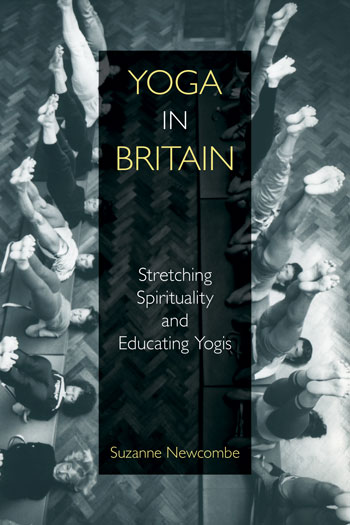 Yoga in Britain reveals how yoga came to be an accepted, mainstream activity in the twentieth century. During this period, yoga transformed from an esoteric concept into a something that would be taught to thousands of middle-class women in adult education classes. For the post-war welfare state, yoga was understood as having potential public bene­fit in promoting physical health and wellbeing. The structure of yoga classes which developed in this context established certification structures and secular, replicable class forms. This setting is crucial for understanding the methods and expectations found in globally popular forms of yoga. Moreover, yoga has not developed in a linear manner. Old and new forms co-exist, adapting to suit the specific needs of particular populations. In twentieth-first century Britain, yoga cannot be collapsed into a form of neoliberal commercialism or cultural appropriation, although these influences on yoga in Britain are also evident. Using extensive archival evidence and oral history interviews, the book reveals the diversity of individuals involved with the popularisation of yoga. In Britain, as throughout the globe, yoga continues to be understood and practiced in very distinctive ways by different people.

A rich, affectionate and detailed picture of British men and women looking for something - in northern cities and village halls; in the evenings and at precious free moments between other duties - and finding it in yoga.
Spectrum Magazine

Consolidating much of Newcombe’s exceptional modern yoga research over the years, this book is an important contribution to the field of modern yoga studies and to those studying contemporary South Asian religions more broadly as it provides scholars and yoga practitioners with an original, detailed, and yet easy-to-read history of the development of yoga theory and praxis as it interfaced with twentieth-century Britain. In addition to being useful in undergraduate, graduate and yoga practitioner educational settings, it will more broadly help us all, as Newcombe writes, to ‘educate ourselves to face the future—not necessarily with clear answers, but hopefully with fewer erroneous assumptions, less prejudice, and more empathy’ (p. 7).
Religions of South Asia

Being primarily a sociologist of religions, Newcombe takes up the subject matter from a historico-sociological perspective. While rich in historical information … her book goes beyond just reporting names and events in chronological order. Each chapter, and each particular yoga-popularising medium described, are a pretext to depict particular social phenomena characteristic of post-war Britain.
Journal of Yoga Studies

Yoga in Britain highlights the rich and nuanced history of yoga in Britain during the twentieth century. Newcombe demonstrates that what we call ‘yoga’ is not the result of a linear narrative from the ‘ancient’ to the ‘modern.’ Rather, yoga might better be understood as a phenomenon that has emerged from a “kaleidoscope” of voices; some more powerful and influential than others. Newcombe also highlights the artificiality of the perceived East versus West divide by revealing how modern yoga is the result of a constant cross-cultural exchange across borders. Finally, Yoga in Britain challenges the common assumption that beneath all the diversity, there exists some core or authentic yoga; this idea is simply not supported by historical evidence. As such, this book should make a valuable contribution to the debate surrounding the ‘authenticity’ of yoga, or who might ‘own’ yoga.
Alternative Spirituality and Religion Review

Whether you are simply young or a new student of yoga or, like me, go back a long way, you will find this book fascinating.
Dipika

Yoga in Britain is packed with meticulous historical details, with fulsome footnotes on every page filling out the specificity of the argument. It is exceptionally strong on content, providing plentiful evidence of how yoga in Britain is a recently constructed tradition of physical culture aimed at improving health and wellbeing. There is also an astute observation that “health” often stands for physical appearance in the context of British yoga, a practice perceived and portrayed as an elixir of youth and beauty. Yoga operates as a way of reinforcing normative physical standards as well as offering a form of relaxation and exercise.
Yoga in Britain is an excellent account of a regional yoga tradition. It contributes to the rich and growing field of yoga studies... historians of yoga, physical culture, and twentieth century Britain will enjoy its depth and richness.
Nova Religio