The Invention of Religions 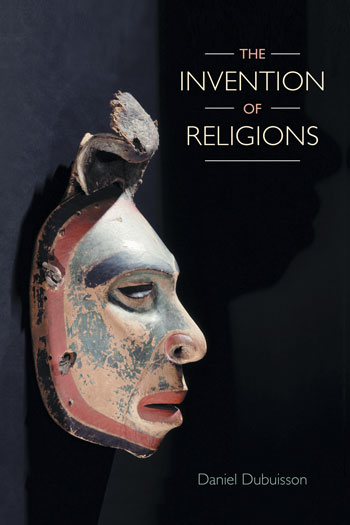 Co-winner of the 2020 AAR Award for Excellence in the Study of Religion: Analytical-Descriptive Studies

For nearly thirty years, a scientific revolution has taken place in the religious studies departments of several North American and British universities—and the results are considerable, obliging us to envisage new ways of conceiving of this academic field. While the History of Religions tended to rest in the shade and guardianship of past authorities, this critical current has re-examined the discipline’s a priori positions, its favourite arguments, its long prehistory within Euro/Christian culture, but also its numerous ethnocentric prejudices.

The first part of the volume considers anew the origins and Christian history of the notion of religion. This starting point then allows us to identify dead ends and contradictions within the traditional History of Religions approach. The second part is dedicated to the synthetic presentation of the concepts, methods, and controversies, which distinguish this current. Following this are two related contributions devoted to two major case studies: “Colonialism and Cultural Imperialism” and “The Invention of Hinduism and Shintoism”. Finally, in the third and last part of the book, this trend itself is critically examined. The author identifies some of the paradoxes, gaps, and aporias that this approach has already gathered during its short existence.

Dubuisson provides a smart overview of this important critique of the central concept in our field, and this slim book would be useful for the classroom.
Reading Religion

From the AAR awards jury:
Daniel Dubuisson’s The Invention of Religions is an exhaustive look at the evolution over time of the non-confessional study of religion, known both as the history of religions and religious studies. Dubuisson charts the major issues and assumptions … that have animated these fields. … What he offers is a snapshot in time of how these disciplines and their purported subject—“religion”—shift in line with a number of other social forces.

For interested readers who are unfamiliar with current theoretical debates in the academic study of religions, this book will provide an eye-opening introduction to theory, much of which Dubuisson has contributed to developing over the course of his career. For serious students and scholars of religion who may never have taken or taught courses on theory and method in the study of religions, this is the type of book they should want to read. The chapters will prove to be short enough to assign in courses, without intimidating students, yet dense enough to be expanded with commentaries from more traditional lectures that provide ample room for intellectual engagement through meaningful classroom discussions.
Journal of the American Academy of Religion