Explorations in Women, Rights, and Religions 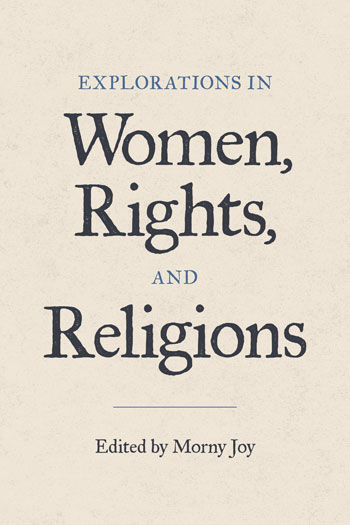 The application of women’s rights to the religions of the world have prompted highly contentious debates. This volume explores the many intricate issues raised in such interactions.

The chapters in this volume are authored by women scholars of religion from diverse regions of the world, representing a plurality of religions, including indigenous religions. To enrich this already complex undertaking, four philosophers and legal scholars have also contributed. Their chapters help to clarify present challenges and envision innovative possibilities. The volume identifies archaic attitudes involving exclusionary regulations and controversial gender-specific practices. More contemporary impasses, such as individualism, so prevalent in western rights debates, and the unitary model of human rights, where “one size fits all,” as promulgated in the west, are also appraised. Current constructive moves, especially expanding the notion of rights to involve relationships, are acknowledged. A primary concern of this volume is that of fostering future such collaborations of women advocates of gender justice.