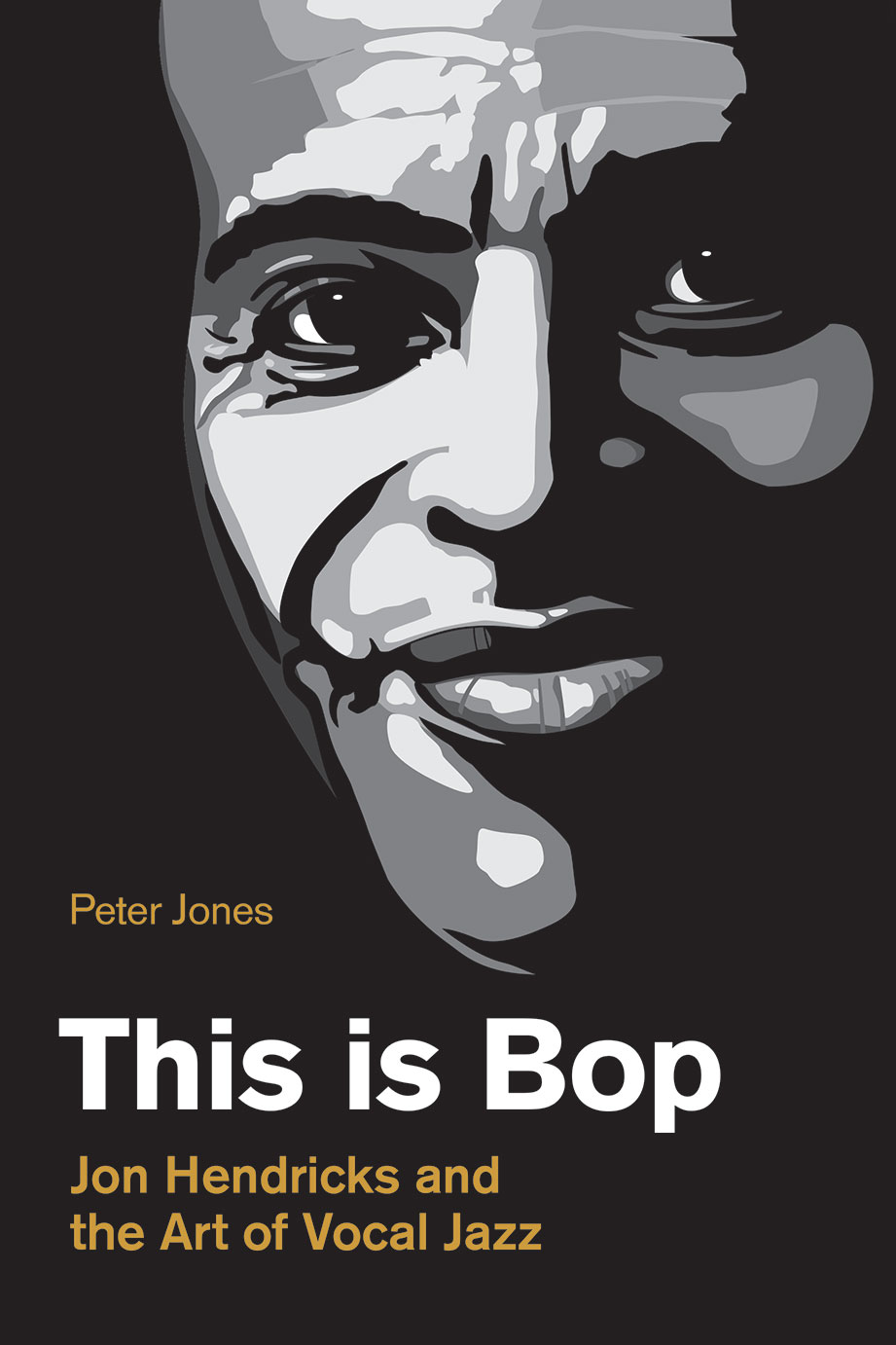 If any man could be defined as the epitome of the modern jazz singer, it would surely be Jon Hendricks. His contributions to jazz were colossal: a hipster, a bopster, a comic and raconteur, a word-smith par excellence, and a fearless improviser, he took the arts of scatting and vocalese to new heights. As a founder member of the groundbreaking vocal trio Lambert, Hendricks and Ross, he changed forever the public perception of what a jazz singer could be. Jon Hendricks started singing professionally at the age of seven. Within five years he was supporting his entire family — including three sisters, eleven brothers and a niece — with his earnings from radio appearances. He was active in jazz long before the birth of bebop, and didn’t stop until he was in his nineties. Tutored by the pioneering pianist Art Tatum, Hendricks performed with everyone of any consequence in jazz, from Louis Armstrong to Jazzmeia Horn. Before Lambert, Hendricks and Ross astonished the world with their first album Sing A Song Of Basie, he was writing songs for Louis Jordan. Later he influenced and worked with The Manhattan Transfer, Bobby McFerrin and Kurt Elling. When he died in 2017, he left behind a final masterwork — his vocal adaptation of the Miles Davis album Miles Ahead. This is Bop is the first biography of Jon Hendricks. Based on extensive research in both the USA and the UK, it draws on the author’s interviews with the Hendricks family and the many singers, musicians and industry figures who worked closely with him. As well as telling the story of his remarkable life, it also explores his legacy as a lyricist and a scat singer, his contribution to the art of vocalese, and his extraordinary gifts as a thinker and raconteur.

Peter Jones chronicles [the life of Jon Hendricks] with unflinching clarity, so Hendricks is seen in the round, as it were, all his extravagant talent on view alongside his intensely human foibles and weaknesses. The resulting biography thus provides not only a fascinating survey of a career spanning the golden age of jazz, but also an intriguing study of a complex, many-layered character.
London Jazz News

Having a fellow jazz singer and the author of the award-winning This Is Hip: The Life of Mark Murphy tackle the roots of bop vocalese and its firestarter, athletic crooner/lyricist/actor/raconteur Jon Hendricks, is sort of like asking one of the Apostles to take on the entire Bible. An origin story such as that of this wildly charismatic jazz and theater creature, leading back to the lions of the form before there was a form (mentor Art Tatum, genius Charlie Parker, and arranger/traffic cop Dave Lambert), requires nothing less than a surgeon’s skills and a comedian’s ability to pace oneself to the punchline.
Combining a history of bop singing with a vivid portrayal of the gospel of the griot Saint Jon and a study of language itself, Jones gets to the point and lingers there with love, laughter, and impactful details based on deep research and thoughtful hypothesis.
Jazz Times

Thoroughly researched on both sides of the Atlantic and featuring interviews with many of Hendrick's close family and colleagues, This Is Bop is an insightful and entertaining portrait of a flawed though much-loved jazz great.
All About Jazz

As an accomplished jazz singer himself, I can think of few people better qualified than Peter Jones to write this well-researched biography of the legendary Jon Hendricks. The research via magazine articles, interviews with Hendricks' family, friends and fellow musicians, with sources all indexed, has set a bar so high that it would be nigh impossible for any future biographers to surpass or even to come close.
Bebop spoken here

Wow.
Not often does a biography leave me so fulfilled and satisfied as the newly released This is Bop: Jon Hendricks and the Art of Vocal Jazz, which is about Toledo’s second most-famous jazz icon behind pianist Art Tatum.
And to many jazz purists – myself included – that point itself could be debatable.
What’s really remarkable about this book is the range of global travel Jones followed Hendricks on through his countless interviews, both in distance and in time.
The Toledo Blade

Interviews with the artist and his colleagues sustain the narrative and paint a vivid picture of the jazz scene, while Jones’s expertise in analyzing Hendricks’s musical and poetic contributions is evident. Appendixes on scat, lyrics, and Hendricks’s wisdom and philosophy add interest. VERDICT This evocative work conveys the challenges and successes Hendricks experienced and make for an affecting, well-rounded portrait of an underappreciated jazz artist who is ripe for rediscovery.
Library Journal

I’ve been an admirer of vocalist and lyricist Jon Hendricks since I first heard him with his most well-known group, Lambert, Hendricks & Ross. The lyrics he wrote, as well as the one meeting I had with Hendricks, made me curious to learn more about him. Happily, This is Bop presents a solid look into Hendricks’s life, and its well-rounded picture — neither hagiography nor hatchet job — helped answer many of the questions I had about the gifted musician and his career.
Steve Provizer, The Arts Fuse

The impressions I’d gathered of Hendricks, who passed in 2017 at the age of 96, are fascinatingly confirmed in the anecdotes and quotations from Hendricks and others which fill the biography This is Bop.
... An admirably researched and interesting account of Hendricks’s raising, with details that will surprise most fans acquainted only with his trio years.
Discussing Hendricks’s early work with Bird and vocalist Louis Jordan, and in later track-by-track treatment of individual albums, author Jones displays skillful, observant musical commentary likely to satisfy sophisticated jazz fans.
For all those who did, or have listened to the recorded legacy and wish they had, this book is a must-read.
San Francisco Classical Voice

This is more than an enjoyable book; it is an essential book. Written in an engaging way, you soon realise that you are being guided by an author who can see all sides of a complex character. The writer’s honesty is impressive.
Hendricks inhabited the jazz world from around 1930 to 2017. Peter Jones has researched the life and the period bringing out new stories, new insights and new incidents.
Jazz Views

Peter Jones has done a superb job of relating the life of Hendricks, examining along the way his catalog of talents, personal characteristics and conflicts in an engaging, entertaining and highly readable manner.
Jersey Jazz

This is the first excellent compendium about one of the most important vocal musicians of jazz. Should be required reading for all those who deal with jazz singing.
Just for Swing Gazette

Jones is a born storyteller and knows how to capture the decisive moments marvellously. Everything that defined Hendricks' life, Jones knows how to describe up to the last syllable.
Dr Jazz Magazine

The paradox of death-defying difficulty masked as simplicity was the street Jon Hendricks lived on… The story [is] recounted so eloquently by Peter Jones.
Kirk Whalum, Saxophonist

Not a dry eye when reading this — Jon's personality truly jumps right out of these pages. And though I was fortunate enough to have known Jon a little bit through my upbringing, this book introduces me to the Jon I hadn't had the chance to know. I am grateful that he can now be introduced in this way to everyone else who reads this book! Wonderful work Peter, thank you!
Veronica Swift, jazz singer

The assembly of Hendricks’ story in one place is much needed, and the narrative of Hendricks’ harrowing experiences in the Second World War is especially valuable and in need of greater exposure. Extensive appendices on Hendricks’ music, lyrics, and philosophy, along with a discography, add value to This Is Bop as a reference work as well as a biography.
ARSC Journal