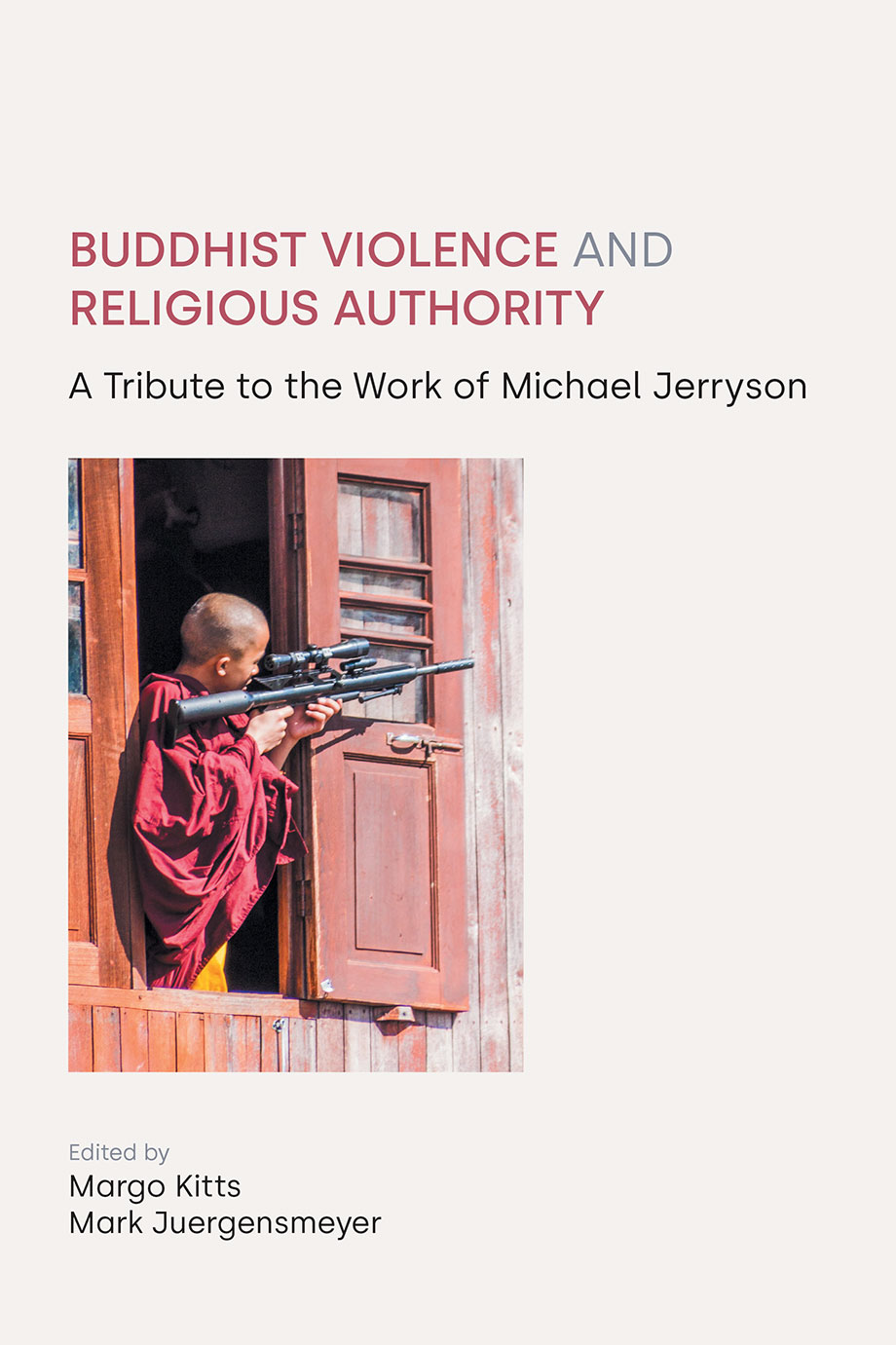 Buddhist Violence and Religious Authority is a tribute to the work of Michael Jerryson, one of the initiators of the academic discourse on Buddhism and violence, whose intellectual pursuits have resulted in a trailblazing shift in the academic study of Buddhism.

Preconceived in the modern west as a pacific, chiefly meditative practice aiming for personal salvation and world peace, Buddhism has been exposed in the last few decades for its manifold legacy of violence. This is apparent not only in Buddhist groups’ history of support for actual military aims, but in Buddhism’s association with religious nationalism and in its more subtle expressions of discursive and structural violence. This exposure is due in significant part to Michael Jerryson who, in addition to exploring this perhaps surprising Buddhist history, has investigated the dynamism of Buddhist authority. Most recently in his critique of U Wirathu, the Burmese Buddhist monk whose advocacy of Buddhist nationalism in Myanmar has stirred a boiling pot of anti-Muslim resentments, Michael Jerryson has shown that reverence for Burmese religious authorities transcends respect for traditional Buddhist doctrine and monastic accomplishments. It emanates instead from the phenomenon of religious authority itself and from the cultural institutions which support it. His examinations have resulted in heightened sensitivity to the sociology of religious authority and violence.

The scholarly contributions in this volume include discussions of Buddhism and violence, religious authority and nationalism, whether Buddhist, Christian, white, or other.