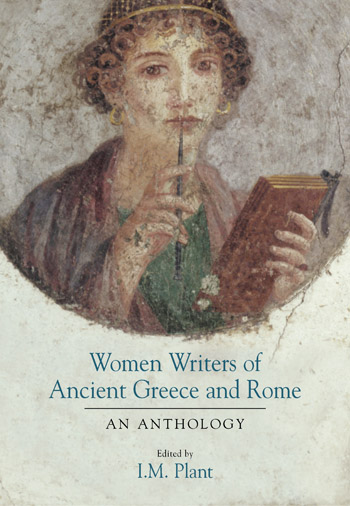 There is a general perception that almost all writing in antiquity was done by men. However, some important literature written by women during this period has survived, and many other women writers published work that has not been preserved. Women Writers of Ancient Greece and Rome is a comprehensive anthology of the surviving literary texts of women writers from the Greco-Roman world, offering new translations of the work of over fifty women. From Sappho, who lived in the seventh century BC, through to Eudocia and Egeria in the fifth century AD, the texts come from a wide range of sources: few works have survived intact, and many are known to us only through literary quotations, scraps of papyrus or even graffiti. Women’s literature in the ancient world spanned the fields of poetry and prose. There is lyric, epic and Christian poetry, along with prose works in history, medicine, alchemy, oratory and philosophy. In addition to genuine works by women, antiquity witnessed the creation of pseudonymous texts which were attributed to famous people (including some women); examples of these are included in this collection. Each author is introduced with a critical review of what we know about the writer, her work and the significance of her work, along with discussion of the texts which follow. The general introduction looks into the problem of the authenticity of some texts attributed to women and places literature by women into the wider literary and social contexts of the ancient Greco-Roman world.

'It should serve as an invaluable sourcebook for the ever-increasing number of courses on women in antiquity and gender studies with the field of Classics and Ancient History, and also for courses on women's literature generally. Plant has made it accessible to the widest possible audience by providing a glossary of people, places, texts and classical terminology... .The bibliography is admirably up to date and the various chronological tables, maps, appendices and glossary provide enough information to make the book readily accessible to students and non-specialists as well as a reference work and starting point for research on an woman writer of antiquity.'Scholia: Studies in Classical Antiquity ns 14 (2005)21

'The volume...constitutes an important addtion to the roster of modern collections of ancient sources and will be invaluable for university and upper level secondary school instruction about women in antiquity, women in classical literature, and sex and gender in the ancient world'. Bryn Mawr Classical Review 2004.07.02