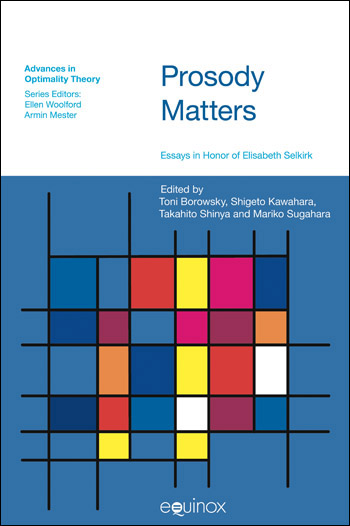 The theory of prosodic hierarchy, proposed and developed by a series of work by Elisabeth O. Selkirk at the University of Massachusett at Amherst, has been one of the most important areas of research within phonological theory in the past few decades. This collection of original articles, dedicated to Selkirk, address a number of aspects of the theory using evidence from languages as diverse as Arabic, Berber, Chadic, Dutch, English, French, German, Japanese, Korean, and Russian.