Metonymy in Language, Thought and Brain 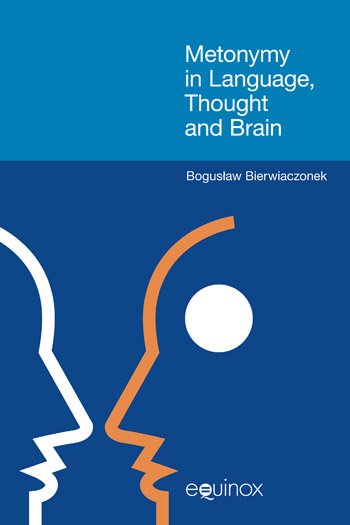 The book presents a survey of the studies of metonymy in various aspects of language from the cognitive linguistic perspective. It discusses the role of metonymy not only in the traditional domain of semantics but also in morphology, linguistic pragmatics and formal dimensions of language, including syntax. The most influential modern theories of metonymy are thoroughly and critically discussed and the author also proposes his own original solutions to the problems which arise, taking into account his Polish perspective. Since the picture that emerges shows metonymy as a universal conceptual phenomenon, the last chapter is devoted to the discussion of the possible biological, neural and evolutionary reasons why metonymy is so rampant. Thus, another important aim of this study is to consider the problem of the embodiment of metonymy from the point of view of modern neuroscience.

'Boguslaw Bierwiaczonek's book is an insightful and rigorous account of the pervasiveness of metonymy in language and embodied thought. A hallmark of the book is its breadth of scope and its ability to provide exhaustive and elegant explanations about the role of metonymy at all levels of linguistic inquiry. The book is thus a must not only for scholars interested in metonymy but also for those carrying out research into the relationship between language and cognition.'
Francisco J. Ruiz de Mendoza, University of La Rioja