Methods for the Study of Religious Change 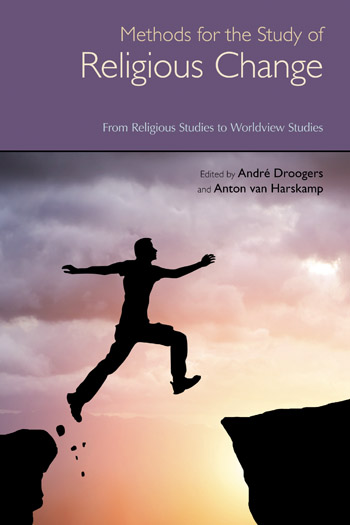 The world of religious experience is changing much faster than the discipline that claims to study it. Religious studies still uses Christianity as its measure, still frames the world through the model of five world religions, still largely avoids analysis of key issues around power, poverty, violence, pollution, science, and social conflict, and still looks to highlight differences rather than commonalities. Methods for the Study of Religious Change aims to redefine the study of religion as the study of worldviews, of ideas which are active in shaping the world. It argues that the study of religion should focus on people’s worldview-making capacities and should contribute to the critical analysis of global problems and the promotion of cultural and spiritual respect across religions. Survey chapters on theory and method outline this new approach, while case-study chapters illustrate these ideas with innovative ethnographies of ritual, experience, language, morals and identity.

This is a highly imaginative contribution to the study of worldviews.
Grace Davie, University of Exeter

Some scholars of religion whose approaches are informed by sociology and/or anthropology may find many salient points here..
Religious Studies Review

An interesting contribution towards articulating various methodologies in the study of religion. It is a timely publication especially in this age of modernization where religious experience is changing at an alarming rate. [It] will appeal to scholars as well as students of religious studies just as it will be an additional literature to the existing ones on research methods. The book is therefore recommended for religious scholars, research fellows and students across all disciplines.'
Reviews in Religion and Theology