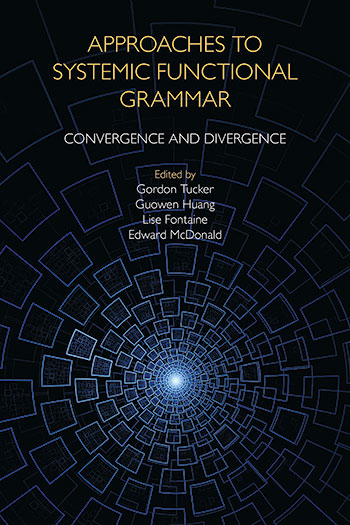 This volume brings together contributions to a key area of interest within the framework of systemic functional linguistics: the role of meaning in the lexicogrammar. A key figure in the debate on this role is Robin Fawcett who has long argued for a fully semantic lexicogrammar where the relevant systems are seen as representing ‘choices between meanings’. This volume, a festschrift in honour of Fawcett’s long-standing contribution to the field, raises important questions related to lexicogrammatical meaning within systemic functional linguistics by examining the meaning-form interface, lexicogrammatical meaning in theme and transitivity, as well as lexis, intonation and its role in computational models. Importantly, discussions in the volume also explore the relationship between alternative approaches to systemic functional lexicogrammar, notably between the Hallidayan model and the Cardiff Grammar model developed primarily by Robin Fawcett.

As I review the list of insightful and substantial contributions to this volume by scholars who (like me!) admire, and have benefited from, Robin’s enormous multi-faceted contributions to linguistics in general and to our academic community in particular, I am of course struck by the variety of contributions, both in terms of geography and in terms of subject matter. This is entirely appropriate, reflecting Robin’s engagement with and support of scholars and students around the world.
From the Foreword by Professor Christian M.I.M. Matthiessen, The Hong Kong Polytechnic University