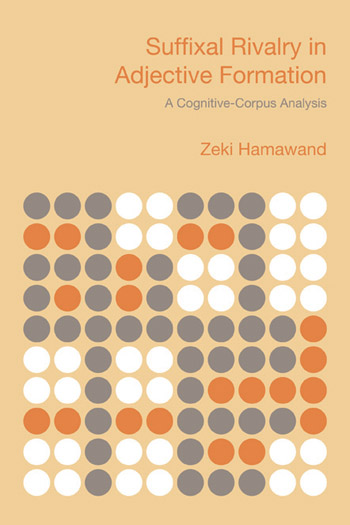 This book deals with adjectival suffixes in English. Its scope of analysis is confined to the formation of adjective pairs that share a single root but end in different suffixes. Theoretically, the book adopts Cognitive Semantics and attempts to substantiate some of its tenets. One tenet is that a linguistic item is polysemous by nature. On this basis, the goal is to show that an adjectival suffix forms a category consisting of multiple senses, which gather around a centre. Another tenet is that the meaning of a linguistic item is described relative to the domain of knowledge to which it belongs. In this respect, the goal is to group the adjectival suffixes into sets, where they stand for one concept but differ in the specifics. A further tenet is that the use of a linguistic item is governed by the particular construal imposed on its content. In this regard, the goal is show that no two adjectives are synonymous even if they share the same root or look similar. They differ, as evidenced by corpus data, in terms of the alternate ways the speaker construes their common root. Empirically, the book adopts Corpus Linguistics, which helps to identify the distinctive collocates associated with the members of an adjective pair and, consequently, reveal the subtle differences in meaning between them.

'Hamawand's up-to-date theoretical and methodological choices and his innovative perspective on the semantics of word formation make the book highly rewarding reading insofar as a thorough account of the concerns of many contemporary linguists and the subjects which are discussed in international linguistic conferences.'
Isabelle Girard, Word Structure, 2010