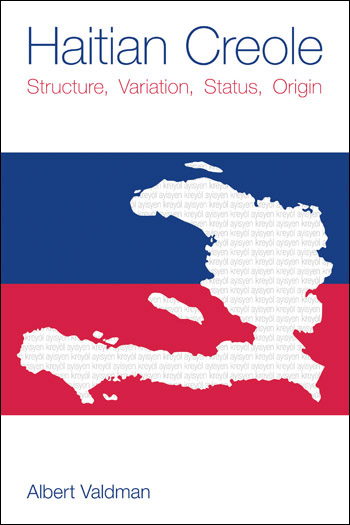 Haitian Creole is the creole language with the largest number of speakers: about eight million in Haiti and two million in diaspora communities, in the United States, the Bahamas, Canada, and overseas French departments Guadeloupe, Martinique and French Guyana. Haitian Creole presents a comprehensive view of the structure and development of Haitian Creole. It provides a detailed analysis of the phonology and grammar of the language, and points out key differences between these two fundamental aspects of the language and corresponding features of French. The book contains a detailed description of the productive strategies of vocabulary development, and deals with the origin of the lexicon of Haitian Creole. A signal innovation compared to other descriptions of the language is the treatment of linguistic variation, both geographical dialects and variation determined by social factors, as well as the presentation of earlier forms of Haitian Creole as attested by texts from the colonial period. Another major contribution is the discussion of language planning issues—the development of an autonomous systematic orthography and the standardization of the language—and related ones concerning the role of Haitian Creole in education and its status relative to the other officially recognized language of Haiti, French.

There is no work that competes with the scope and thoroughness of Valdman's book. The author has built his academic career on the publication of eye-popping cornerstone reference works, and this tome is no exception. It is a vast edifice of learning that scholars and students can draw from, it greatly advances Haitian Creole linguistics, and it once again shows the unmatched leadership of Albert Valdman in Haitian Creole Studies.
Journal of French Language Studies

This major contribution, written by the world's most renowned specialist of Haitian Creole, is the most comprehensive study of the language. I thoroughly enjoyed reading [it]. I heartedly recommend it to students and senior linguists who are interested in Haitian Creole and Creole studies in general.
Anthropological Linguistics

The publication of this book is a welcome development for Creole Studies; carried out by one of its uncontested specialists, it is already a major reference work on Haitian Creole ... a language to which there was as yet no such complete study. (translated from the French original)
Journal of Language Contact

The generally very complete and detailed description of Haitian Creole will make this book a reference work in which one is likely to find information also on phenomena that other publications exclude for being peripheral. Most linguistic concepts are introduced with examples from both English and French and subsequently transferred to Haitian Creole with additional examples so that readers who don’t have a good command of Creole can ease into new terminology, moving from more familiar languages to new phenomena.

For future research, the enormous number of examples is one of the most important assets of the book since it will be possible to find excellent illustrations and an in-depth description for almost any structural phenomenon of Haitian Creole. The book will be helpful for researchers and students alike, and the affordable price of the paperback makes it available also for private purchase.
Sociolinguistic Studies

Fine-grained analysis like this is typical of Valdman's entire oeuvre, the essence of which is now available in this single monograph, one which I recommend highly.
Journal of Pidgin and Creole Languages

With well over 400 pages, the work provides a well-founded overview of the current state of research and our knowledge of French-based Creole languages, and especially of créole haïtien. It offers a successful summary for those familiar with the subject, a successful introduction to the subject for those not (yet) familiar with it, and a reading that is highly recommended.
Zeitschrift für französische Sprache und Literatur